Fox Meadow Winery is nestled on 50 acres of beautiful mountain property situated at 1,750 feet elevation on Blue Mountain near Linden, Virginia. The vineyard was started on the former Freezeland Orchard property in 2003 with 5 acres of vines and has now grown to over 14 acres of vines. The estate grown varietals including chardonnay, riesling, pinot grigio, vidal blanc, chambourcin, petit verdot, merlot, cabernet sauvignon and cabernet franc.

Founded more than 15 years ago, Dan and Cheryl Mortland, along with their son Bob Mortland, planted the first vines and created a beautiful and thriving vineyard. The current owners, Amanda and Whiticar Darvill, are leading the business into the future with Bob continuing as the vineyard manager.

In partnership with our winemaker, Tom Payette, Fox Meadow is committed to creating hand crafted boutique wines. Currently more than 3,000 cases of wine are produced each year with a total of 12 different red and white single varietals and blends. The wine making philosophy is to minimize the intervention from grape to bottle. The methods utilized are traditional and time tested. We feel that this creates remarkable wines that showcase the terroir, grape quality and winemaking techniques.

Recognition of Fox Meadow’s commitment to crafting quality wine began almost immediately after opening when the inaugural vintage of Cabernet Franc won the “Best of Show Award” in the 2007 Atlantic Seaboard Wine Competition.  In 2011 the 2008 Le Renard Rouge Meritage won the Virginia Governor’s Cup. In 2017 the 2016 Fox Meadow Winery Cabernet Franc was awarded the “Best of Show Award” in The Wines of the South Wine competition. Numerous times Fox Meadow wines have been featured in major publications like the Wine Enthusiast Magazine. Most recently our 2019 Cabernet Sauvignon won a Gold Medal in the Virginia Governer's Cup Competition.

The winery looks forward to growth, never losing focus on the fact that wine being created begins and ends in our vineyard. Join us to enjoy estate grown and produced wines with a beautiful view of the Blue Ridge mountains. 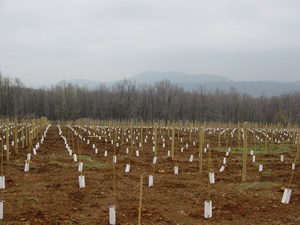 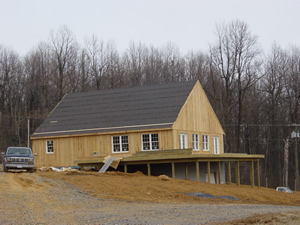 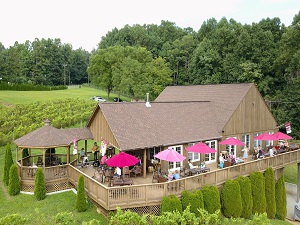